Supreme Court Decision on the Sanctioning Powers of Regulatory Bodies 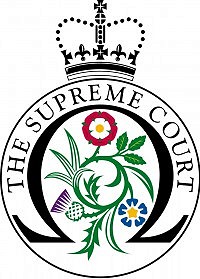 The Supreme Court has issued its decision in Khan v General Pharmaceutical Council. The appeal relates to the powers of regulatory bodies when deciding what sanction to impose on a member. The GPhC committee had decided to order the erasure of Mr Khan from the register; it considered that a 12 month suspension (which was another option open) was not sufficient. The Inner House considered that there was a ‘middle way’ between the two sanctions, and remitted the case back to the GPhC committee. An appeal was then marked by the GPhC because of the possible consequences of the Inner House’s decision. The General Medical Council and the Health and Care Professions Council intervened because of the possible significance to their decision-making process. The Supreme Court rejected the approach of the Inner House, but found that the decision to erase was too harsh. It considered that suspension for 12 months would have been sufficient. Its decision can be found here.

Three Compass members appeared in the Supreme Court. Andrew Smith, QC appeared for the General Medical Council; Kay Springham, QC and Jillian Martin-Brown were appointed as advocates to the Court.